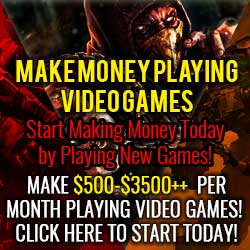 [V]ideo pleasure requires the player's total immersion in the electronic text, trust in the existence of a code imposed by invisible experts, and the self-affirming and empowering experience of its incremental mastery. Predicated on the ability to rapidly discriminate between circulating signs (some hostile, some neutral, and some friendly), and to appropriately respond to them, such a pleasurable mastery involves a skillful and rapid navigation in a chaotic electronic text, a navigation propelled by strategic violent moves administered digitally.

Jerome Bruner reminds us that narrative is not a contingent, optional dimension of society, but is an essential, ecologically necessary structure with which individuals make sense of social complexity (Bruner 1991; 1992). In the process of structuring social experience, narrative necessarily reinvents itself in each epoch, offering a historically specific experience. Since the 1980s, new digital technologies have been interacting with cinema's nineteenth-century analogue technologies of optics, mechanics, and photochemistry. The most prominent mark of this interaction is the use of digital special effects in blockbuster movies. Although for the most part images are still produced photographically (exceptions being films such as Toy Story, Antz, and A Bug's Life), this photographic image is often supplemented by digital special effects. In Chapter 7 we write about the digitalized filmic image, focusing on the way the new technology has transformed cinema's analogue technology by modifying its form (e.g. the filmic image is no longer restricted to depicting profilmic events). Digital technology alters our relation to the image for this very reason, since what we see could have been generated on the computer, yet (in the case of invisible special effects at least) is conferred a photographic credibility.

In the remainder of this chapter we shall simply offer the beginnings of a discussion on the different structures of digital narrative, and the appearance of several of these structures in The Fifth Element. This digitization can be detected in the way film narrative has adopted the rules and strategies of video games. (The influence works both ways, of course, since many video games adopt the visual and aural aesthetics of science fiction movies.)

Before discussing the specifics of digital narrative and video games, we shall briefly refer to the work of George Landow on hypertext. It is primarily Landow who first realized that Barthes's S/Z - particularly his concept of the writerly - can be applied to hypertexts: 'In S/Z, Roland Barthes describes an ideal textuality that precisely matches that which in computing has come to be called hypertext - text composed of blocks of words (or images) linked electronically by multiple paths, chains, or trails in an open-ended, perpetually unfinished textuality described by the terms link, node, network, web, and path' (Landow 1997: 3). This ideal textuality is precisely the writerly text, a plural text 'unimpoverished by any constraint of representation (of imitation). In this ideal text, the networks are many and interact...' (Barthes 1974: 5). One of the radical possibilities offered by hypertext is that it allows the reader to interact with the text, to follow any of the numerous networks and links, and construct his or her own pathway through the information, unconstrained by the readerly text's strict linearity and predetermined meaning. Hypertexts, which incorporate interactivity, therefore embody the ideal of the writerly text, a text produced by the reader.

This raises a problem in analysing films as digital narratives: no matter how digital their narratives, films are not interactive. Yet digital narratives consist of numerous other structures, which we shall now outline. At the end of this chapter we shall return to the issue of narrative and interactivity.