But Is It Art?

At the same time, another group of photographers were dealing with the purely aesthetic issue of how photography relates to the traditional arts, particularly painting. Is photography an art at all? If so, how should it be used? What should "art photography" look like? These same questions continue to provoke discussion and argument even today. Photography is still defining itself.

By the 1850s, two opposing factions of artist-photographers had been established. The Pictorialists, led by Oscar Rejlander and Henry Peach Robinson, believed that a photograph should look as much like a painting as possible. Their idea of what a painting should look like was heavily influenced by the Romanticist painters (such as Delacroix). The Pic-torialist photographers, like the Romanticist painters, believed that an artist should improve upon nature by using it to express noble ideas. Both favored elaborate illustrations of scenes from ancient mythology.

The other faction called themselves Naturalists. They were led by Peter Henry Emerson and George Davison. The Naturalists believed that a photograph should capture nature's own truth. They preferred the Bar-bizon painters, who took their easels out to the forests, fields and streams, and painted them directly. The Naturalist photographers did the same with their cameras, specializing in peaceful scenes of country life. They were also increasingly fond of using soft focus (blurred edges) in their photographs.

Despite the differences between them, both the Pictorialists and the Naturalists believed that a work of art ought to express a "correct sentiment" and that it ought to be decorative— pretty. This is what most set them apart from the "practical" photographers, like Brady and Muy-bridge, whose work showed the hard edges of reality, with all its flaws.

In the late 1880s, flexible film appeared for the first time, replacing clumsy and heavy glass plates. By the 1890s, George Eastman had introduced the Kodak camera, the first that was reasonably easy to use. The camera itself was simple: a box with a lens, a cord to cock the shutter, a button to release it and a crank to wind the film. What made this camera special was that it came loaded with enough film for 100 photographs. When the film was used up, the entire camera was returned to the Eastman Kodak Company. The film was then developed and printed, and the camera was reloaded and returned, ready for another 100 photos. Eastman's slogan was "You press the button; we do the rest." (The name "Kodak," incidentally, doesn't mean anything. Eastman selected it because he felt it would be easy for people to remember.)

In 1925, Leica introduced its "miniature" camera, the first to use 35mm film. Though not quite as simple to use as the earlier Kodak model, it was technically more sophisticated and quite a bit smaller As a result, amateur photography became an international passion.

Other technical advances continued to appear all the time. The first commercial color film, Autochrome, hit the market in 1907.

Autochrome produced transparencies (slides) that could not be enlarged very much without showing the grain of the starch dyes used to create the image. It also took fifty times as long to expose as black-and-white film.

Then, in 1935, Kodak introduced Kodachrome, an improved slide film, followed in 1941 by Kodacolor, for making color prints. The family photograph album, which had existed for only 100 years, was now both widespread and increasingly in full color.

Alfred Stieglitz was in many ways the first "modern" photographer. Though his early photographs were carefully manipulated to imitate paintings, he soon recognized that photography was an art in its own right —and deserved to be treated as one. He saw the need to free photography from the conventions and limitations of painting. Consequently, Stieglitz promoted what came to be known as "straight" photography — making prints with little or no cropping, retouching or other alteration.

He was a founding member and leader of the "Photo Secession," a group of photographers who were determined to break away from photography's past and to chart its future. Stieglitz was editor and publisher of the group's magazine, Camera Work, the first publication to deal seriously with photography as an independent art form. He worked with Edward Steichen to establish "Gallery 291" in New York City, which exhibited contemporary photographs along with paintings by Picasso, Matisse and Georgia O'Keefe (whom Stieglitz later married).

When photography was first invented, it was a scientific novelty. Soon, it evolved into an excellent record-keeping tool. Photographers could be hired to make a lasting record of a person, place or event. By the late 1800s, photographers were striving to elevate their craft into a recognized art. They did this by imitating the content and visual effects of paintings. Stieglitz'great achievement was to bring photography full circle: he merged its artistic potential with its ability to produce a factual record. He returned to the straightforward approach of the early photographers, but he did so with the insight and confidence of a true artist.

Stieglitz was among the first photographers to produce work that, even today, does not look "dated." Though clothing and architectural styles have changed considerably since his time, his best work still looks thoroughly modern. The main reason for this is that he used the camera as we use it today —as a familiar tool for exploring reality.

The attitudes and interests that Stieglitz brought to photography can be traced to his upbringing. He was born in Hoboken, New Jersey, the son of German immigrants. He originally intended to become a mechanical engineer. While in Berlin studying for this purpose, he happened to see a camera in a store window. He bought it and soon decided it was more interesting than engineering.

When he returned to the U.S. at the age of 26, he was delighted to find that photography was extremely popular. But he was also dismayed by the lack of publications and galleries promoting it as an art. For the next 56 years, he devoted himself to correcting this situation. Along the way, he produced some of the finest photographs in history.

James Van Der Zee was unique in many ways. First and foremost, he was perhaps the most accomplished black photographer in history, and is certainly the best known today. His record of Harlem in the 1920s is unsurpassed, in both quantity and quality. But he was unique in other ways as well.

Stylistically, he employed both stark realism and dreamy romanticism. Technically, he produced

"straight" prints in the style of the Photo Secessionists (Stieglitz, Weston, Steichen, etc.) as well as heavily manipulated images, which the Photo Secessionists had rejected. Moreover, he used both approaches interchangeably, according to his interpretation of a particular scene. One day he might do a straight outdoor portrait of someone on the street. And the next day he might pose a newly-wed couple in his studio, and produce a doubleexposed print showing their yet-to-be-born child as a ghost beside them.

Van Der Zee's photographic career was far from easy. Though he became interested in photography at the age of 14 (when he purchased a mail-order camera and darkroom kit), he was 30 before he was able to earn a living at it. In between, he worked as a waiter, elevator operator and even as a violinist in a dance or-

chestra. His first photographic job, in 1914, was as a darkroom assistant in a department store in New York City. Two years later, he opened his own studio in Harlem. Though he often had to change its location, Van Der Zee kept his studio in business until 1969.

In addition to skill and creativity, he was blessed with good timing. Black culture was flourishing in Harlem during the 1920s. Duke Ellington and others were redefining American music. Adam Clayton Powell, Langston Hughes, Countee Cullen and Marcus Garvey were helping to build a new black identity. And James Van Der Zee was the official and unofficial photographer for all of it. He photographed proud black couples in the streets of Harlem and in elegant clubs. Celebrities and "ordinary people" posed in his studio. He photographed weddings and funerals. All together, he compiled some 75,000 glass plates, negatives and prints. All of it revealing a world that was all but ignored by the better-known photographers of that time.

Van Der Zee received virtually no recognition outside of Harlem until 1967. At that time, he was featured in an exhibit, entitled "Harlem on My Mind," at New York's Metropolitan Museum of Art. For the last 14 years of his life, his photography was widely exhibited, published and praised. He died at the age of 97, while in Washington, D.C. to receive an honorary degree from Howard University.

Photography was coming into its own, both as an art and as a business. Alfred Steiglitz united photography and painting by opening "Gallery 291," which exhibited new work in either medium. In his own photography and in his critical judgment Steiglitz promoted a lively realism that eventually became the standard for art photography. From 1902 to 1917, he published Camera Work, the first magazine devoted to artistic ap proaches to photography.

In Europe, Andre Kertesz, Eugene Atget, Brassai, and Henri Carder-Bresson were among the most notable of the new wave of artist photographers. They each devoted themselves to capturing life as it really was, in the boulevards and back alleys and country lanes of Europe. Yet each did so with a distinct and original style, a unique "way of seeing." They saw that photography was a new and indepen-

dent art, not merely a cheap imitation of painting. Because of this, they — along with Steiglitz and other American peers — may be thought of as the first modern photographers.

More practical applications of photography also continued. One of the most notable examples was a photographic survey, begun in 1935, of conditions during the Great Depression. Dorothea Lange, Walker Evans and other first-rate photographers were hired by this project by the U.S. government's Farm Security Administration and compiled hundreds of photographs that rank among the best ever produced.

The use of photographs in publications, a novelty as recently as 1900, was expanding rapidly. Life magazine started in 1936 and began a whole new kind of publishing: photojournalism. Alfred Eisenstat, Margaret Bourke-White and other photographers on Life's staff quickly became famous as they recorded the world's events with their cameras.

By the end of the 1930s, all the basic ingredients that continue to define photography were in place: Photography was increasingly ac- 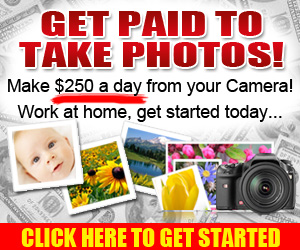