The second act (and this is my analysis, not necessarily one the filmmakers would agree with) begins as the film shifts back to its primary story line, the rivalry. Just under 21 minutes into the film, we see coach Joe Soares at his home in Florida. He's having a Super Bowl party, and for the first time, we meet his son, Robert. The relationship between this hard-driving, athletic man and his studious, musical son adds complexity to Soares's story, both personal and professional. Grilling steak, for example, he seems distant and demanding of his son; soon after, he tells his Canadian team that "in a year and a half, we've become the strongest family I've ever had, strongest second family. You guys are my boys." This sequence with Soares, his family, and friends lasts almost five minutes.

At about 26:30, the filmmakers turn their attention to Soares's rival, Mark Zupan. We see Mark in personal moments as well, swimming and hanging out with his girlfriend, which opens the door to the issue of sexuality after injury. The filmmakers cut to the hospital, where Keith asks a doctor if he'll be able to be sexually active again. His doctor, who's able-bodied, introduces an instructional video (hosted by the doctor); the filmmakers cut to their own footage of a disabled man talking about sex, followed by Andy Cohn and then Scott Hogsett, who articulates the question: "Can you do it?" For these guys, the answer is yes, and they (and Keith's doctor, in his video) offer details. This sequence also lasts a bit more than five minutes, and then the film returns to its train: the U.S./Canada rivalry (31:40), with text on screen: Team Canada Training/8 months before Paralympics. (Note the effective use of signposts in this film, occasional reminders about who, what, and especially when as the film returns to its train, to reground the audience in the story line.)

We don't stay at the training camp for long. A brief scene with Soares and his team as he tells them his theories on discipline motivates a cut to an interview with Soares, in which he reveals that his father was a police officer who used to hit Joe "really hard." His own treatment of his son, he argues, is "not even close." In the following scenes, we see Soares at an anniversary dinner with his wife, meet his sisters, and learn that a doctor is concerned about his stress. After a quick montage of his volatile coaching, text on screen announces that Soares has suffered a heart attack

(35:00). He looks small and vulnerable in the hospital bed, but the filmmakers don't milk this moment unnecessarily; by 36:25, we know that he's out of the woods, and the scene shifts to Mark Zupan's 10-year high school reunion.

Note how long it's been since we've seen athletic competition—it's the train, but not the point, of this film. As structured by the filmmakers, the sequence about the reunion is really about Mark's accident (11 years ago) and the estrangement between him and the friend (Christopher Igoe) who was driving the night he was hurt. We hear from Zupan's classmates, parents, and Igoe. The sequence motivates an interview with Zupan, in which he remembers how hard it was for him when he first came out of rehab—which in turn allows for a smooth transition, at 42:15, to Keith, who is at the same point in his own recovery. After 10 months in rehab, he's going home. This is the film's midpoint (and note again that it's pegged to Keith's journey). The scene begins on a note of achievement but ends in frustration, as Keith realizes, he says, "what was once normal will never be the same" (46:12).

Cut to a banner (with the Olympic logo), setting a new scene: "USA Lakeshore Foundation Official U.S. Training Site." With six months to go, Team USA is making its final cuts. The selection is edited for some tension, but all of our characters make the 2004 team. A visit from some Camp Fire Girls gives the filmmakers an opportunity to tell us more about Bob Lujano. (Note that you don't have to introduce everybody right away, nor do you have to introduce everyone in the same way. Several recent documentaries, including Spellbound and Born into Brothels, also feature multiple protagonists. It's worth watching them to see how they handle introductions and the balance of story lines to avoid repetition.)

At 51:40, coach Joe Soares is out of the hospital. On a visit to his childhood home in Rhode Island, he tells us a bit more about himself. Born in Portugal, he describes himself as living the American dream—in other words, this adds even more texture to the fact that he's coaching Canada. But as we see him play with children at the house, we have a sense, confirmed by his sisters, that Joe is different; we see him bragging to childhood neighbors about his son. (A transformation like this, while important to good drama, can never be manufactured or overstated. If it happened, great; if it didn't, you aren't free to even suggest that it did.) Here, the change in Soares begs the question, does he still have the edge he needs to lead Canada to victory?

At 54:39, the scene shifts to Vancouver, Canada. Text on screen continues the countdown: 3 months before the Paralympics/The US is facing Canada to determine the #1 seed. This is the first we've heard about this interim match (we were aiming for the Paralympics), and it's a bit of a risk. You never want to have three versions of the same basic event played out in three locations: The stakes, style, and purpose of each should be different, and they need to build in importance. (For example, you wouldn't want to start with an Olympic match and then follow with two exhibition games merely to see the rivalry in action.) Here, the filmmakers skillfully use the match to remind us of the stakes and players and get us back into the game (we haven't seen actual competition for more than 40 minutes). First, they intercut a tense-looking Joe Soares and an equally tense-looking Mark Zupan, the core rivals. Then, they use a somewhat different editing style from the previous game, and this time, the U.S. team wins, so the power position as they go to the Paralympics has changed. In sync footage right after the game, Zupan reminds us that the Paralympics are still two and a half months away—this was just a warm-up. Finally, and a key reason to keep this sequence, about 58:00 into the film, the coach of the losing team, Soares, gets a call from his son, asking him to hurry home to attend a viola concert. The scene that follows visualizes, more than the conversations in Providence, that Soares has changed.

In the next sequence, about an hour into the film, the "A" and "B" stories come together elegantly, as Keith attends a demonstration about quad rugby led by Mark Zupan. Act Two ends as Keith tries out a specialized rugby chair (63:44). 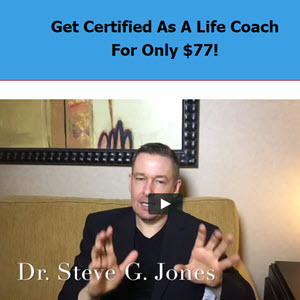