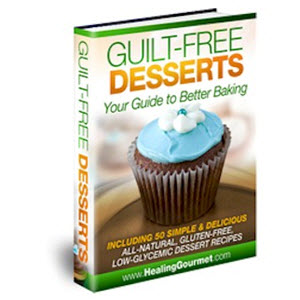 Here is a description of the protagonist of Christian Taylor's Lady in Waiting, a ritual occasion script, the first time we see her:

INT. A sticker is placed on the box which reads AUCTION. There is a sigh from the owner of the hands, MISS PEACH. Miss Peach is a grey-haired, formal-looking woman in her late fifties. She sits awkwardly on a suitcase in the middle of the dining room, which is bare of furniture Miss Peach is conservatively dressed in a drab woolen coat and unassuming hat.5

Beyond the somewhat detached description of Miss Peach and the sigh, the box marked "auction" and the bare dining room set a feeling-tone that expresses in visual terms something about her inner state. In a metaphorical sense, the screenplay is about how that empty inner space becomes furnished. Note the different style of the language Taylor uses to describe his antagonist on her first appearance. Miss Peach is alone in the elevator of a Manhattan high-rise:

INT. The elevator continues to rise, 25 . . . 26 . . . 27 . . . 28, and PING, it comes to a stop. Miss Peach is jolted from her daydream as the doors open, and there stands SCARLET, a stunning and heavily made-up black woman. She boasts a pair of sunglasses, a large wig, a fancy theatrical dress, and a large leather zippered bag. She rushes in, ignoring Miss Peach, and presses the lobby button.

Very shortly, battle is joined between these two unlikely combatants. It is important that we have been given Miss Peach isolated in the elevator before Scarlet bursts in, because we then identify with her in her shock, rather than with the newcomer. Also, a small but telling word in the description of Scarlet's big bag is "leather"—she may be dressed flamboyantly, but not cheaply.

Another example comes from the opening of Lisa Wood Shapiro's Another Story. Two little girls, perhaps the protagonists, are at the window of a country cottage, gazing out at the rain:

INT. Through the doorway into the small kitchen is NIVY. She is a handsome woman in her late sixties/early seventies. She is stylishly dressed, with intricate silver earrings. WE CAN HEAR THE CRACKLE OF THE FIRE IN THE FIREPLACE. The fireplace casts a warm glow over the living room, which is oak paneled with an Oriental rug tossed on its hardwood floor. NIVY is making hot chocolate.6

This is another case in which a character is described not just by the way in which she is dressed, though that is nicely done in few words, but by the feeling-tone of her surroundings. The cottage is hers; its furnishings— including the fire—are used to express her character. That she is dressed in fashionable clothes and wears "intricate earrings" while making hot chocolate for two granddaughters tells us immediately that this is not "good old Granny," as usually depicted.

Within this in cookbook full of chocolate recipes you will find over 600 Chocolate Recipes For Chocolate Lovers.